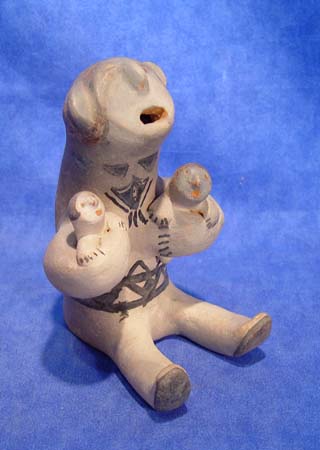 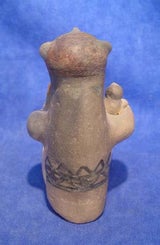 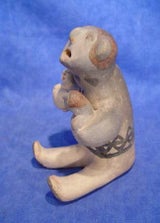 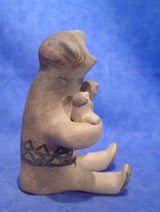 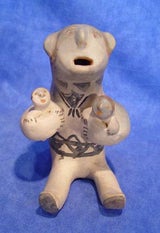 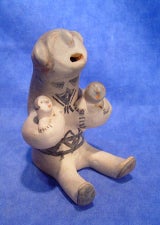 “Damacia Cordero had been making human and animal figures for over fifty years when she turned to storytellers in the 1970s and 1980s. Not surprisingly, her figures have a much older look about them and, as a consequence of her firing technique, are much grayer in color than most Cochiti figures.

“Damacia began making pottery around 1920 and was making Singing Mother figures in the 1950s. Her Storytellers, which are quite distinctive, give the impression of having evolved from a much older figurative tradition. They are easily recognized by their straight, elongated torsos; long, arched noses that extend from the hairline; and protruding ears, exaggerated to the point of resembling fins or wings. Modeling of the adult’s arms and of the two babies’ bodies is minimal, and that characteristic, too, sets her figures apart.”