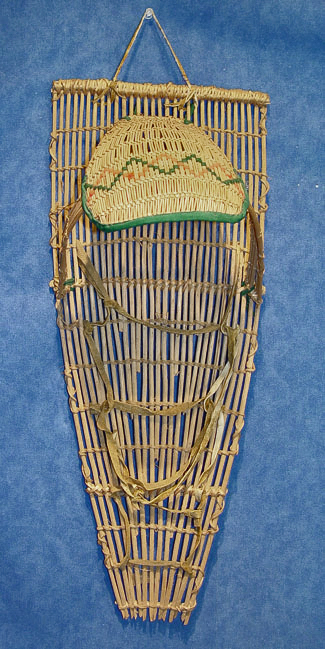 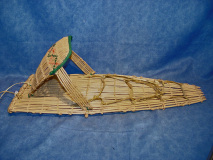 Amy Barber, was a traditional Washoe basket weaver and lifelong resident of Woodfords, California where she lived until the age of 90. Mrs. Barber was born on Aug. 31, 1910, at Walley’s Hot Springs to Tom and Nettie Barber.

She was the cook at Woodfords Elementary School in the 1940 and worked in Los Angeles in the late ’40s before returning to Carson Valley, where she worked for different ranches and restaurants.

She was the first Native American Head Start teacher’s aide in Minden at Minden Grammar School in 1965. She also cooked at the Dresslerville Head Start program.

Mrs. Barber enjoyed gathering and preparing traditional Washoe foods and prepared acorn biscuits for a delegation of visitors from the Yavapai Apache Nation at her home.

Mrs. Barber came from a long line of basket weavers and won awards for her work at the Tuolume, Calif., Indian Basket Weavers gathering and twice was recognized at the Wa She Shu It de Festival at Lake Tahoe. She was a master teacher of her craft under the Folk Arts Apprenticeship Program with the Nevada Council on the Arts.

She was a founder of the Washoe Language Circle and enjoyed contributing her considerable knowledge to the most recent renewal of the language. She was honored as Senior Citizen of the Year by the Alpine County Board of Supervisors in 1980.

Provenance: Family from Fresno County, collected Yokuts from the Sycamore Reservation, as well as Washoe and Paiute baskets ... grandmother had a store in the 1920 and would trade baskets for goods. Collectors also collected Hopi pottery and southwestern baskets in the 1930s and 1940s, and other family members continued collecting various baskets until 1975.