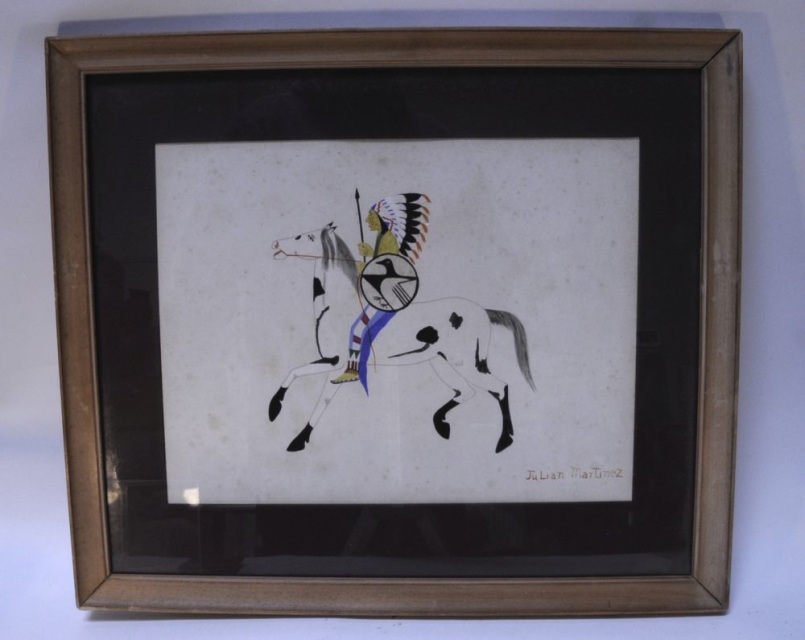 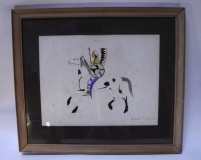 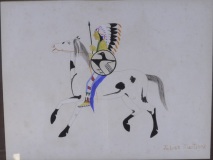 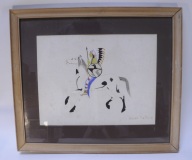 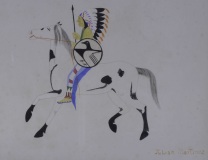 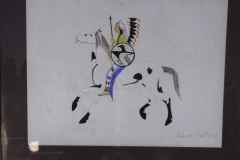 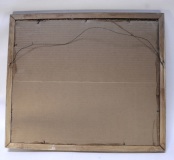 Julián Martinez (1885-1943) Pocano - Coming of the Spirits was born in 1885 (source: Richard Spivey) in San Ildefonso Pueblo in New Mexico, and died on March 6, 1943 in San Ildefonso Pueblo. He is perhaps best known for the designs he painted on his wife's, Maria Martinez, famous pottery. Martinez had no formal art training. He was the father of Popovi Da, also a well-known Pueblo artist.

In addition to "artist," Martinez listed his occupation as “farmer, laborer, janitor, and pottery designer, ” (Lester, p. 343). He also served as Governor of San Ildefonso Pueblo. According to Snodgrass, Martinez had been painting since 1920 and had gone through several periods of ‘realistic’ paintings, but some of his more outstanding works were his abstract symbolic and geometric designs found on Maria's pottery.

Martinez' paintings were among those selected by Mary Jane Colter to decorate the La Fonda Hotel in Santa Fe, New Mexico. He received several commissions for murals, which can be seen at the Santa Fe Indian School; Mesa Verde National Park, Colorado (1935); and at the School of American Research in Santa Fe.