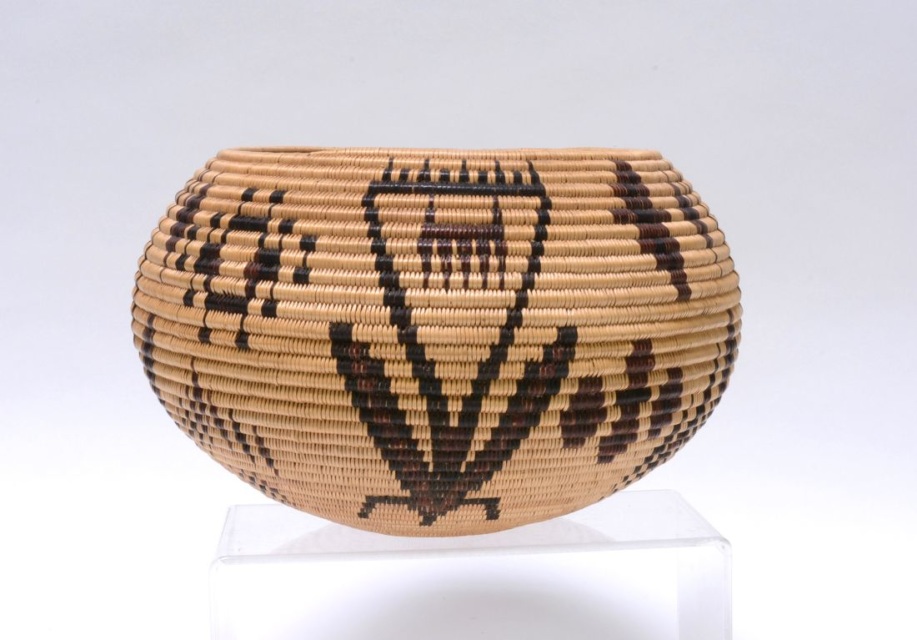 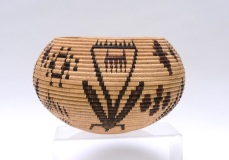 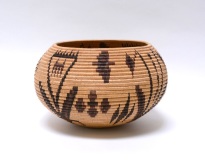 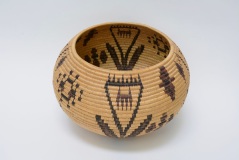 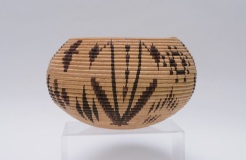 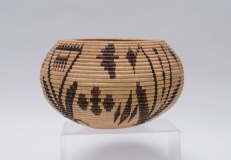 Tootsie Dick sold most of her baskets through the Cohn Emporuim in Cason City, Nevada, and was considered by the Cohns to be one of the three finest Washoe weavers. Tootsie Dick likely came to the Cohns' attention through the efforts of her great aunt, Louisa Keyser (Dat So La Lee), who may have also helped inspire her superb achievements. After Keyser's death, Abe Cohn promoted Tootsie Dick as the finest remaining Washoe weaver, but she died within a few years of her more famous protege.

On the basis of the motifs, the variation of the red and black colours as filler and outline, this basket was most likely woven between 1910 and 1920. It compares bets with Tootsie Dick baskets dated 1913 to 1915.

This basket comes with an original document from 1925 from the Emporium which interprets the symbols.

Abe Cohn was an early Carson City businessman. In 1883 he opened "The Emporium" selling men's clothing on West Proctor Street; he lived here just a couple of blocks away. He did a brisk trade selling suits and coats, but even better selling were the small woven baskets he placed in the windows. The baskets were the work of a local Indian woman who had kept his house when he was a child, and they proved to be such a good seller that he soon did away with the men's clothing and started to trade exclusively in Indian goods. He invited the woman to live in a small guest house behind his own, and for the rest of her life Abe and his wife Amy paid all her expenses as she wove basket after basket. The woman was born with the name Debuda, and later in her life took the name Luisa Keyser after she married. But she was probably best well known as Dat So La Lee.

Sold Out
Add to Cart