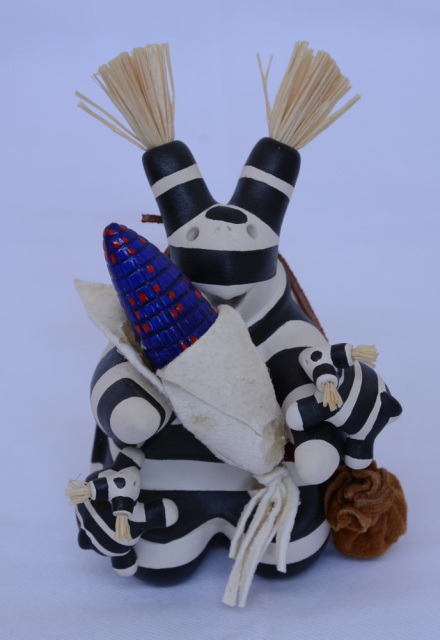 Born on the Choctaw Reservation in Philadelphia, Mississippi, Chitto and his family moved to Chicago where baseball became an early passion for this young man. Aspirations of becoming a professional baseball player was his paramount interest until Randy observed a friend of his father - a graphic designer - drawing some sketches. The attraction to art proved strong and pulled Chitto from the ball field to a graphics table - and gave him new direction. He wanted to be a commercial artist. Enthusiastic and ready to tackle his new interest, Randy was unaware where the bumps and turns in the road to success would take him. A missed tribal scholarship deadline upended his desire to apply to the Art Institute of Chicago and the American Academy of Art. As an alternative, a disappointed Chitto was encouraged to attend a semester at the Institute of American Indian Arts (IAIA), a then emerging art school in Santa Fe NM. It became a life-altering experience.

Santa Fe was a very different environment from bustling, crowded, energetic streets of Chicago. The dry, seemingly desolate high-desert landscape and small town surroundings were a shock. A second wave of uncertainly confronted Chitto when he encountered an evolving school that seemed to lack what he hoped would be a sophisticated art education. All these changes gave him pause - and second thoughts about staying in New Mexico. Slowly, however, the ambiance of Santa Fe worked its magic and the culturally diverse, expressive environment of IAIA and its keen artistic focus provided yet another creative horizon for Chitto, moving him from graphic artist to “storyteller” ceramicist. “To tell the truth, I began working in clay because I needed a couple of credits to stay in the dorms. After the first clay class I was hooked.” Randy had come to New Mexico to study drawing and painting but the magic of the clay forged a new direction for this talented artist.

Turtle storytellers became Chitto’s trademark, in which he blends stories from his Choctaw heritage with an art form known to the Southwest. In his work, Randy tells stories of how the Choctaw were forced to relocate to a new geographical region. The medicine people instructed the elders to share their stories and wisdom with three chosen animals - the bear, the raccoon and the turtle. These wisdom keepers were instructed to protect the origin stories and preserve the spirit of the people through the ages lest they not be permitted to return to the land of their ancestors.

Chitto’s turtles tell many stories. Some are dressed as bears, some as koshari or clowns, while others are covered with baby turtles who straddle the elder, wiser turtle, listening to stories of the early Choctaw people. Each turtle has a tiny medicine pouch tied around its neck. Inside are tiny shards; bits of a sculpture broken during firing. This simple, but special adornment mirrors a legend that relates how Choctaw warriors placed earth from their homeland in their pouches to enable their spirits to find their way home to the ancestral lands if they were killed in battle.