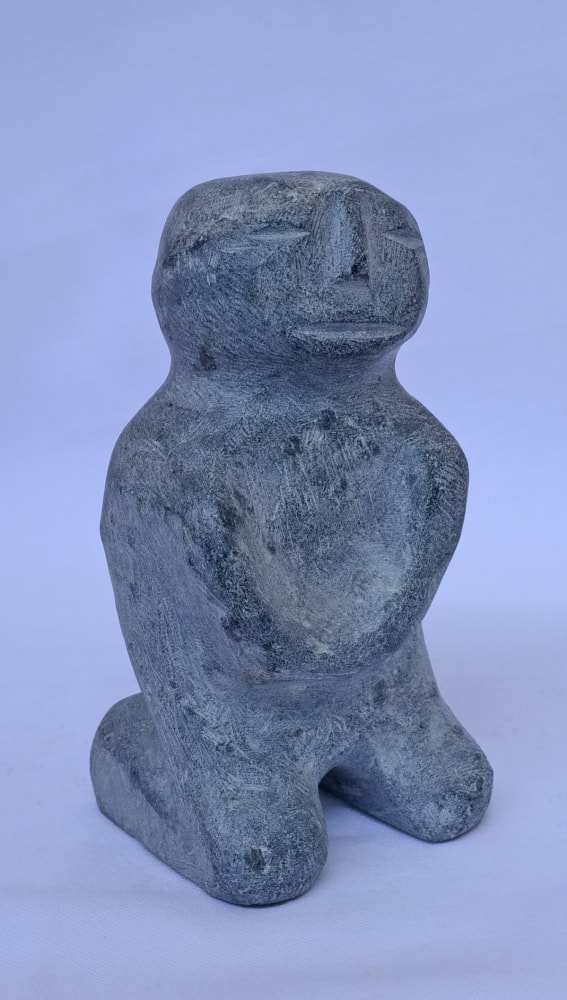 Anowtalik recalls selling his first carvings—little swivel figures made from caribou antler—to Ministry of Transport employees at Ennadai Lake where he grew up. Although he works primarily in stone, he still occasionally carves antler, often creating elaborate compositions.

While many viewers have been tempted to read Anowtalik’s multiple face sculptures as depictions of spirits, he describes them as “people together, different people visiting together in one group.” Like many of his fellow Arviat artists, Anowtalik often portrays family groups consisting of two or more figures. He carves these groups as easily discernible figures or clusters of heads that seem to emerge from an amorphous mass of smooth stone.

from “Arviat Stone Sculpture: Born of the Struggle with an Uncompromising Medium” by Ingo Hessel, in Inuit Art Quarterly, Winter 1990, pp. 4-15.