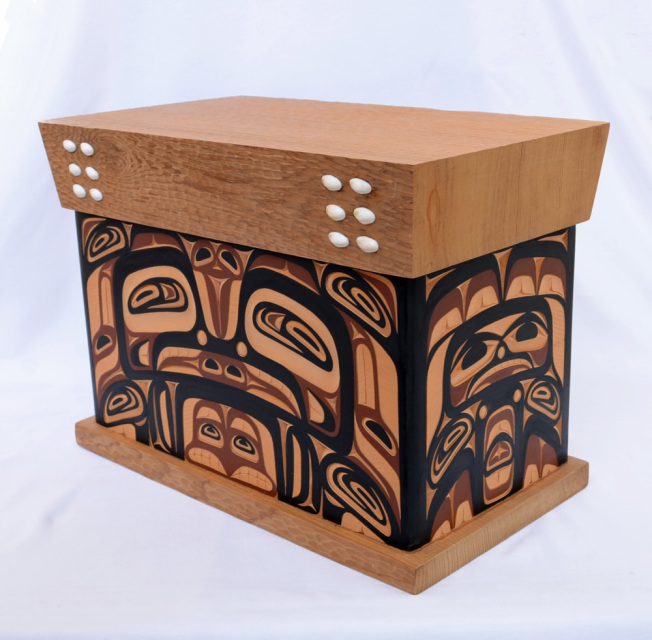 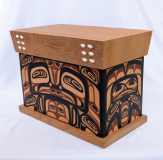 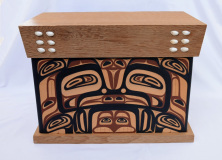 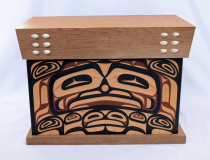 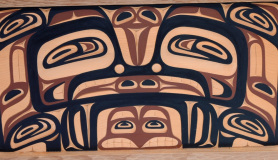 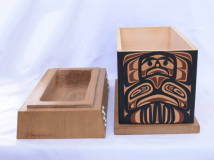 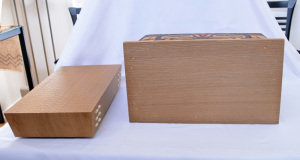 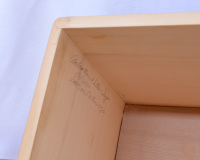 Andrea Wilbur-Sigo was born in Shelton, Washington in 1975 and is a member of the Squaxin Island Tribe. She is the great-great granddaughter of Henry Allen who was the major historical and cultural informant for an ethnographic study of the Twana people.

Her artistic life began immediately after birth as she was surrounded by an artistic community that included elders such as Lousia Pulsifer, Emily Miller, Andrew Peterson, Bertha Visser, and her grandfathers Bert Wilbur and Dennis Allen. She has recently worked with well-known carvers such as Dempsey Bob, Ed Archie Noisecat, David Boxely, Pete Peterson, Joe and George David, Art Oomituk, and Loren White. Andrea is continually researching and applying her knowledge to her art forms today.

Andrea is a master carver who has gained national acclaim for her carving. Her precision relief carvings have brought recognition in a traditionally male-dominated art form. Her attention to detail and unique approach to each piece has made her work sought after by galleries, museums, and collectors throughout the United States, Canada, and Europe.

Wilbur-Sigo is a versatile artist who was named a “Leader of the 21st Century” in 2003 and was honored for teaching in 2002 by the Business of Art Institute. The Wilbur-Sigo family is known locally for their wood carving talents. Andrea has won awards for her carvings at various exhibits and competitions and has also mastered many other Salish art forms including beadwork, button blankets, and basketry.

Andrea is an active member of her tribe, volunteering her time and artwork for a number of community events and committees such as the Education committee and is a board member of her Tribal Museum. She also teaches Coast Salish art classes on a regular basis to children and adults of all ages.