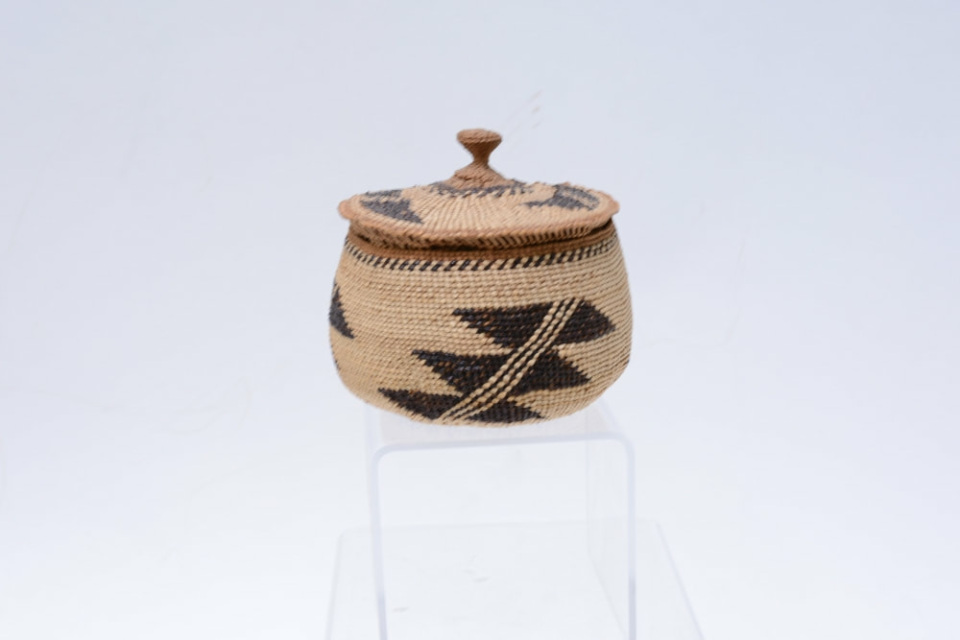 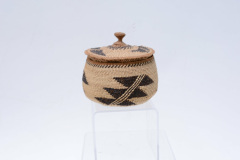 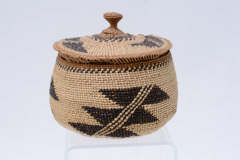 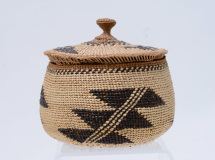 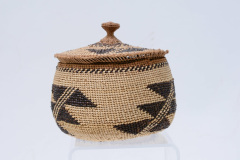 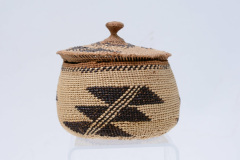 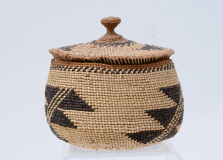 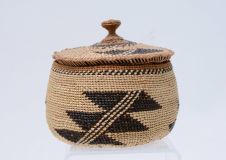 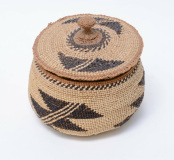 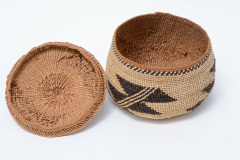 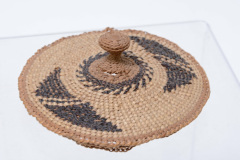 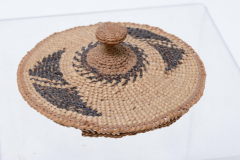 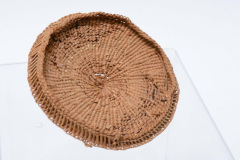 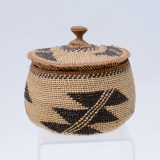 Excellent Condition with exception of base of knob there is a short crack as pictured. This can be restored through our gallery services if desired. Please inquire.

An unusual lid for this basket as it is designed to rest on top, showing open work, and not for a tight fit.

Northwest: This region includes the Coastal ranges and Klamath Mountains. From the coast, the native population inhabited the redwoods and coastal forests, mountains and valleys and along the rivers including the Eel, Mad, and Klamath rivers. The tribes of this region that we focus on are the coastal Yurok, the northern Karuk and the Hupa Group peoples primarily of the Hoopa Valley (south of the Karuk), which include the Hupa, Chilula and Whilkut. For the most part, the basketry motifs are woven using a half-twist overlay technique.

Generally speaking, the Hupa and Chilula make extensive use of the light colored bear grass against the natural brown conifer root, with only modest use of the black and even less red colors in their overlay.

Whilkut baskets, in addition to having both full and half-twist overlay, are generally more colorful, through the use of the red alder dyed or black fern stem.

Yurok basketry is similar to the Hupa in form and technique, using the half-twist overlay and the same warp and weft materials, but the Yurok normally make much greater use of the black maidenhair fern creating denser black patterns; their work is very fine and their variety of forms is extensive.

Karuk basketry is of half twist like the Hupa and Yurok, but make the most extensive use of red alder dyed fern stem, especially in the field.