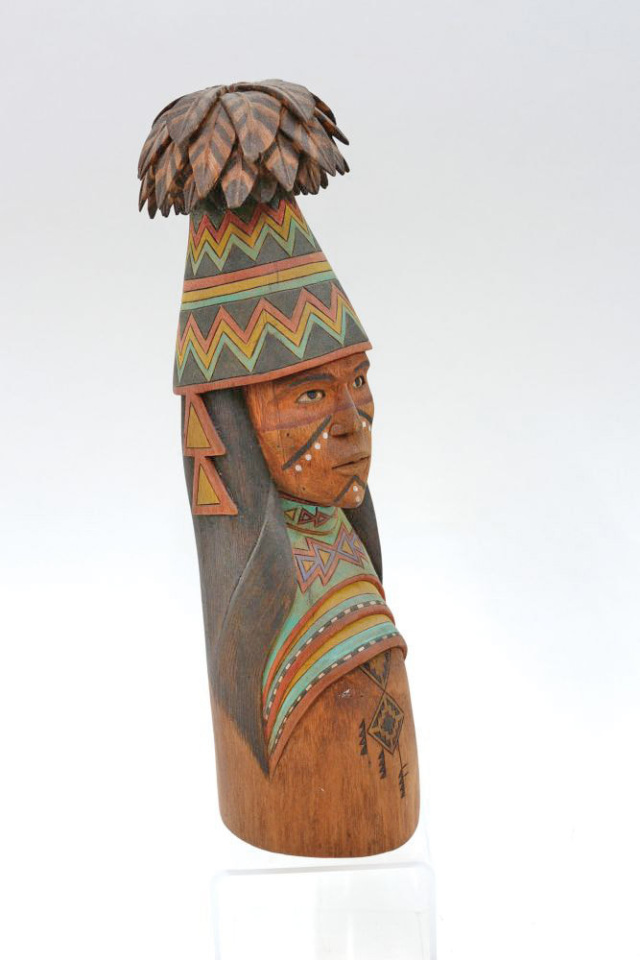 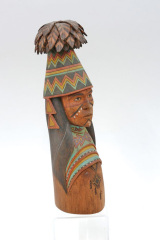 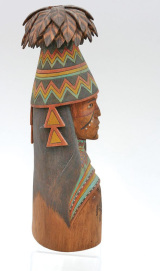 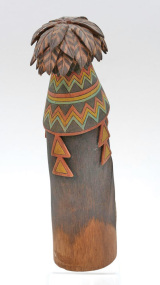 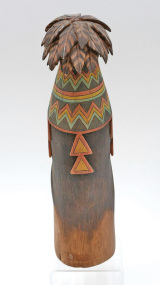 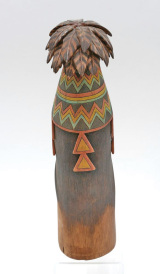 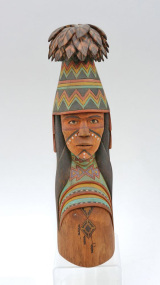 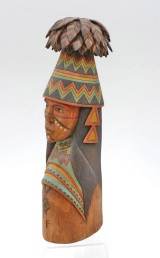 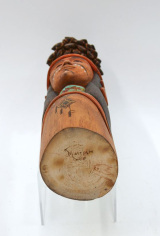 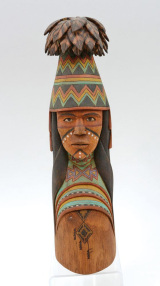 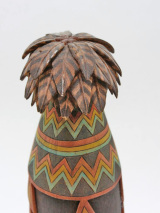 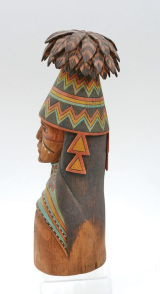 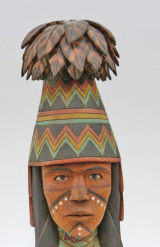 Malcolm Fred always does a nice job of detailing his work - especially reaching into the difficult areas and finishing them off nicely. One look at his figures will make you wonder how he gets "in there." Malcolm is truly a key carver among Hopi kachina doll makers.

Malcolm comes from a large family of Kachina carvers which include brothers Jim, Verlan, Henry, Nathan and Glen. He has been carving and winning awards since he was a teenager.

His awards include a Zuni Fire God which he entered into the 1996 Arizona State Fair. He is married to and has 3 children with a Zuni lady. One of his favorite kachinas is the whipper which he seems to do most frequently.

Malcolm is of the Greasewood and Roadrunner clans, and was raised in the village of Bacavi. He has been carving for 25 years. His motivation comes from his religion, history, and the freedom of expressing his inner feelings.

Malcolm continues to achieve incredible realism in his figures, and is known for his large and well-proportioned figures.