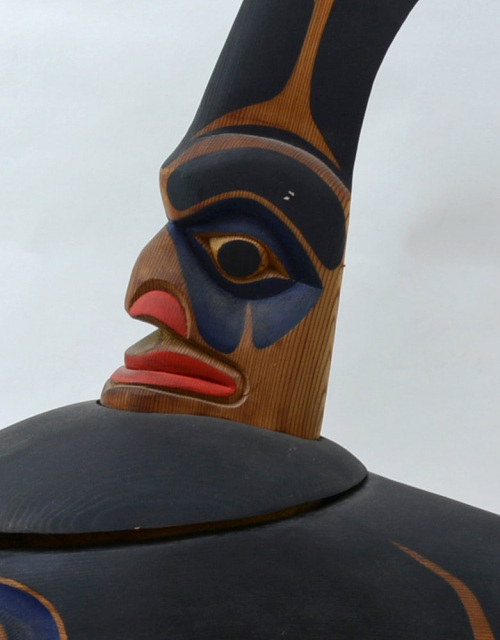 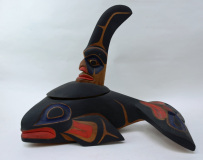 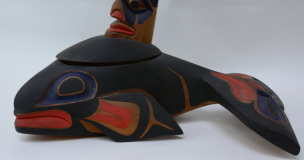 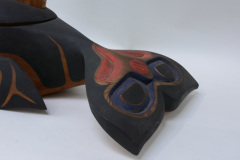 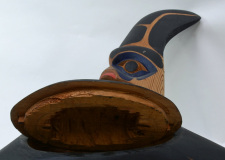 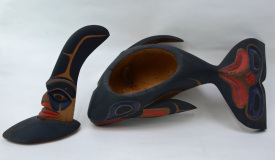 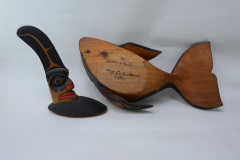 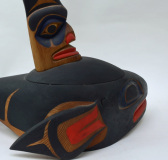 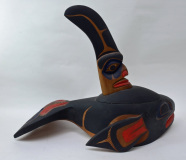 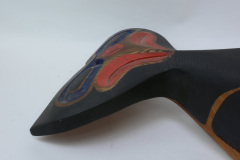 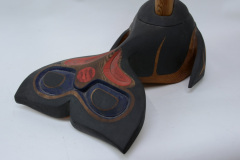 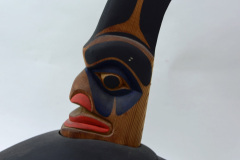 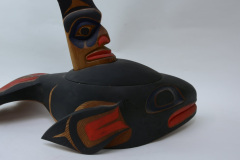 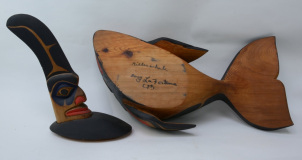 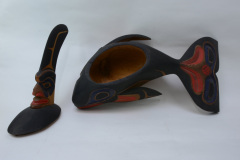 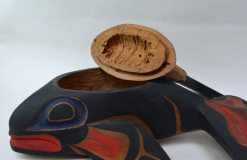 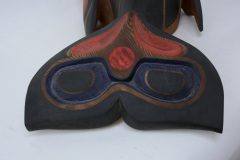 Doug LaFortune was born in Bellingham, Washington on August 25th, 1953. He is a member of the Coast Salish nation, which inhabits the southern region of British Columbia, Washington and Oregon. Doug takes the Owl as his family crest symbol.

After attending school in Victoria, British Columbia, Doug completed a college course in Fine Arts. Shortly after he enrolled in a Heavy Equipment Operators course and worked in the logging industry until 1972. A visit to Simon Charlie at his workshop in Koksilah, British Columbia, rekindled a desire to pursue the arts. Simon Charlie, already a world renowned artist inspired and encouraged Doug to pursue his artistic talents. Doug utilized Simon’s teaching and broadened his range of work, developing a unique and distinctive style. Whether carving a massive totem pole or masks, feast dishes or small figures, Doug’s love and appreciation for carving can be seen and felt in the wood.

Doug LaFortune’s artistic accomplishments amongst many include, a Salish Welcome Figure, presented to H.R.H. Queen Elizabeth at the Opening Ceremonies of the XV Commonwealth Games held in Victoria, British Columbia. Furthermore, he was honoured a commission to paint the Thunderbird and Killer whale Dance Screen backdrop to be used at the Lauwelnew Tribal School Cultural Village. In 2004, Doug LaFortune in collaboration with master carver Charles Elliott carved two 30 ft Totem Poles for Buchart Gardens 100th anniversary celebrations, Victoria, B.C. Canada. These two Totem Poles stand in the newly created park which is based on a Northwest Coast theme. Doug’s artwork is displayed at CFRN Broadcasting in Edmonton, Alberta; City of Totems in Duncan, British Columbia and in various collections located in Japan, Europe and throughout the United States.

Doug and his family are members of the Tsawout Band and live in Saanichton, British Columbia.