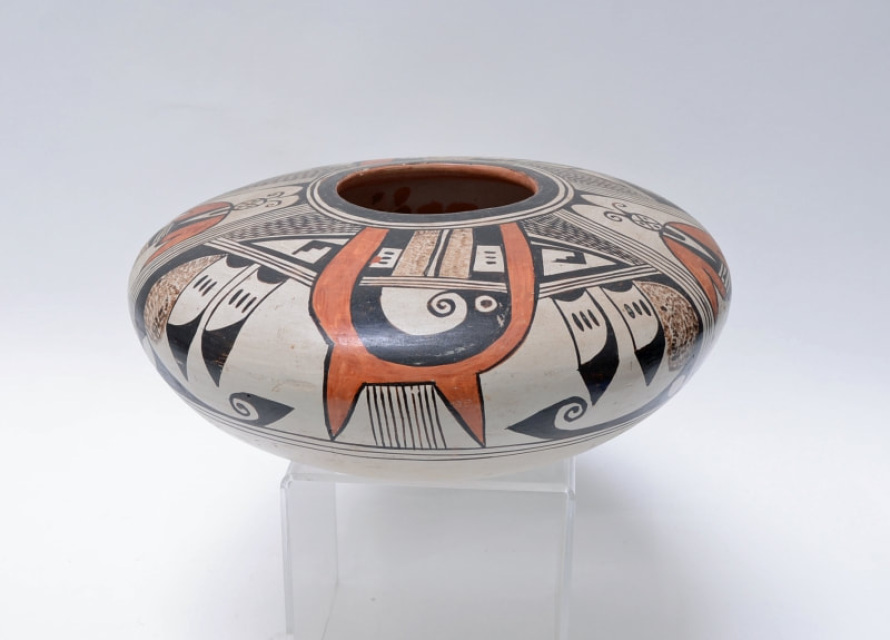 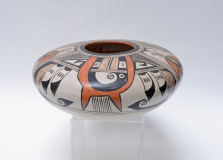 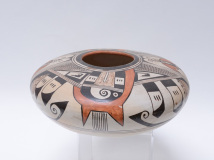 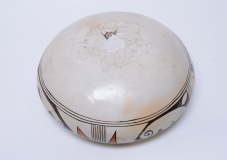 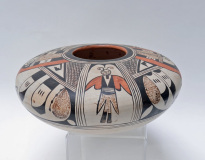 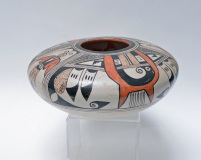 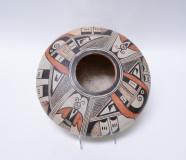 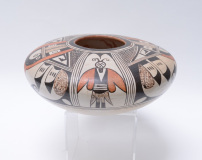 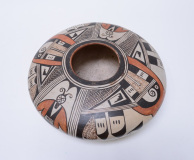 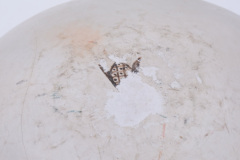 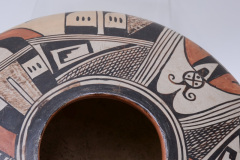 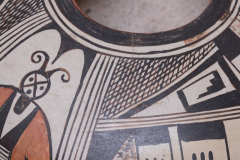 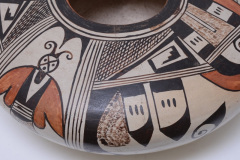 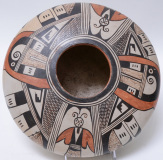 With minor cracks and wear as pictured. Overall in very good condition.

Collected by Christian Missionaries at Polocca in the late 1950s.According to the Museum of Northern Arizona, Lena Chio Charlie’s known dates of production were 1933-1961. The Arizona State Museum states that she was a clan niece of Nampeyo of Hano and sometimes painted Nampeyo’s pottery. Other than these two comments, there is very little published information on her. She signed her pottery with a corn symbol rather than with her name. Many potters use hallmarks rather than personal names because of the typical Pueblo reticence to identify individuals, or because of their unfamiliarity with English script.

Lena Chio Charlie (ca.1908-ca.1960s) Corn Woman was a member of the Corn Clan, as was Nampeyo of Hano. She was a sister of Irene Shupla and cousins of Sadie Adams, Patty Maho, Ruth Paymella and grandmother to famed Hopi-Tewa artist Neil David, Sr.

Her pottery is desirable by collectors for its very high quality

Lena Chio Charlie was a Hopi potter born around 1908 and passing away in the early 1960's. She was an active potter in her own name from 1933 to 1961. Her history is pretty sketchy but she is related to Nampeyo of Hano either as a granddaughter or a niece (Arizona State Museum classifies her as a "clan niece"). One source says Lena was the daughter of Nampeyo's first son (Qoo-ma-lets-tewa - Mad Bear) who died during the worldwide flu pandemic in 1918. Another source says Lena was a sister of Irene and Hazel Shupla. Either way, Lena married her second husband (Victor Charlie) in 1928 when she was perhaps 20 years old and that's where the "Charlie" in her name came from. It is said that as Nampeyo's eyesight was declining she would take her pots to Lena for painting if neither Annie (Healing) nor Fannie (Nampeyo) was available.

Lena was definitely of the Hopi-Tewa Corn Clan and usually marked her works with a corn symbol, as did many other members of the Corn Clan. That said, she was often known as "Corn Woman."