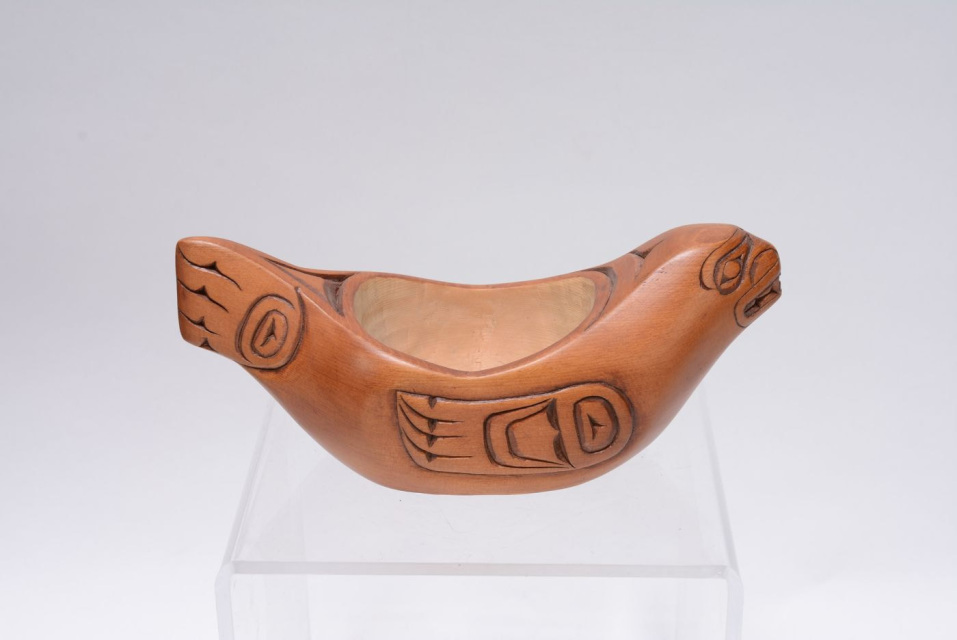 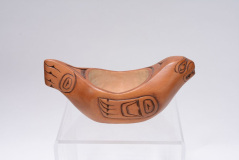 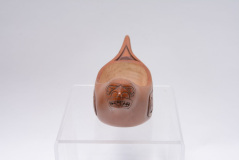 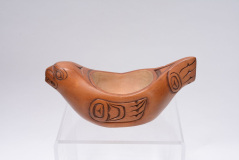 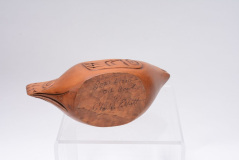 Master carver Charles W. Elliott grew up on the Tsartlip First Nations, near Victoria, and began learning how to paint, draw and carve at a young age. Although self-taught, Elliott played a large role in reviving the Coast Salish art discipline by dedicating himself to the mastering this tradition of Native art for four decades. He has created many artworks throughout his career, from traditional carvings such as masks to paintings, prints, graphics, contemporary sculptures and utilitarian objects.

Elliott's renown is evident in the numerous works in private collections around the world. He carved the Queen's baton used in the Commonwealth Games in 1994, and he was commissioned to create a Talking Stick that was given to Nelson Mandela. Elliott also lectures at various levels of education, teaches youth, and mentors emerging artists. A leader within his community, he volunteers many hours to promote cultural education and Salish art.