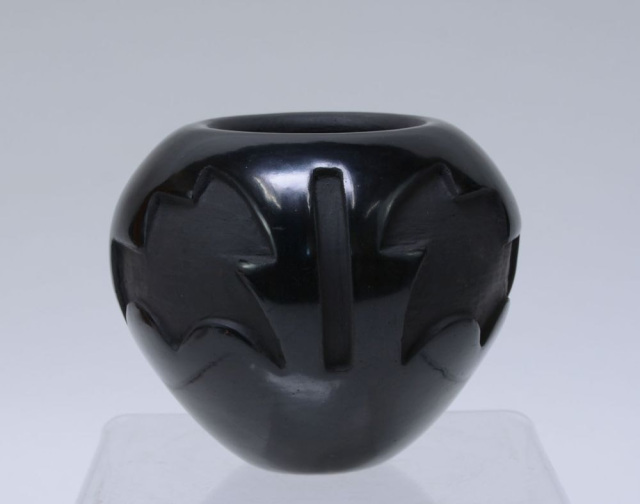 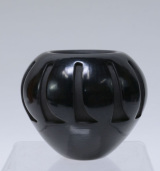 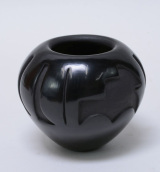 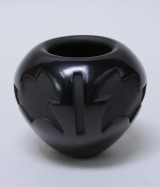 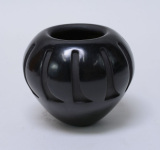 Angela Salazar is a fine young potter who was taught to pot by her mother, Frances Salazar. She and her sisters, Elaine Salazar and Yolanda Velarde, make good quality traditional Santa Clara pottery. In Gregory Schaaf's book on northern Pueblo pottery, Angela said, "It gives me a good feeling to know that people like the type of work I do."