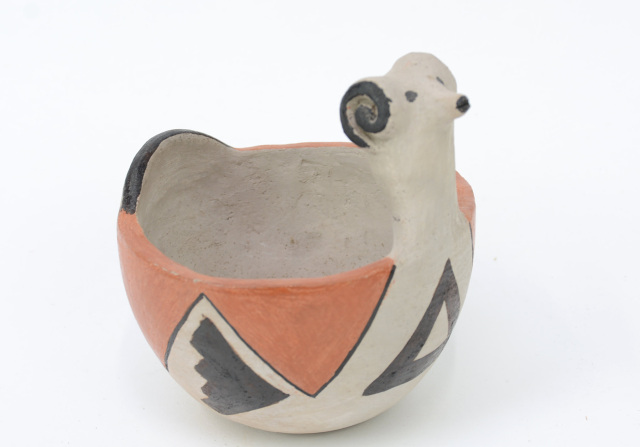 Joe used to paint the pots for her, usually using animal designs such as javelina and deer. After Joe went blind and Felistia's eyesight began to fail, she began to make red ollas. Joe and Felistia both passed away in 1987.

During Joe and Felistias time together they had ten children, Felistia taught pottery making to several of them. Rupert, who was taught to make pottery when he was twelve, is the only male in the family that makes pottery on a regular bases, although his brother, James was known to create effigy vessels occassionally. Four sisters also became potters. Juanita, who's married name is Antone moved the village of Gu Vo in 1970, but returns to South Hickiwan to gather her clay. Gladys, who also taught her daughters: Elilah & Renee. Elilah began making pottery when she was five.

The Angea's take pride in pottery making as a family tradition. At this time, most potters sign "Angea" to their creations giving credit to the family name as a whole versus the individual potter.