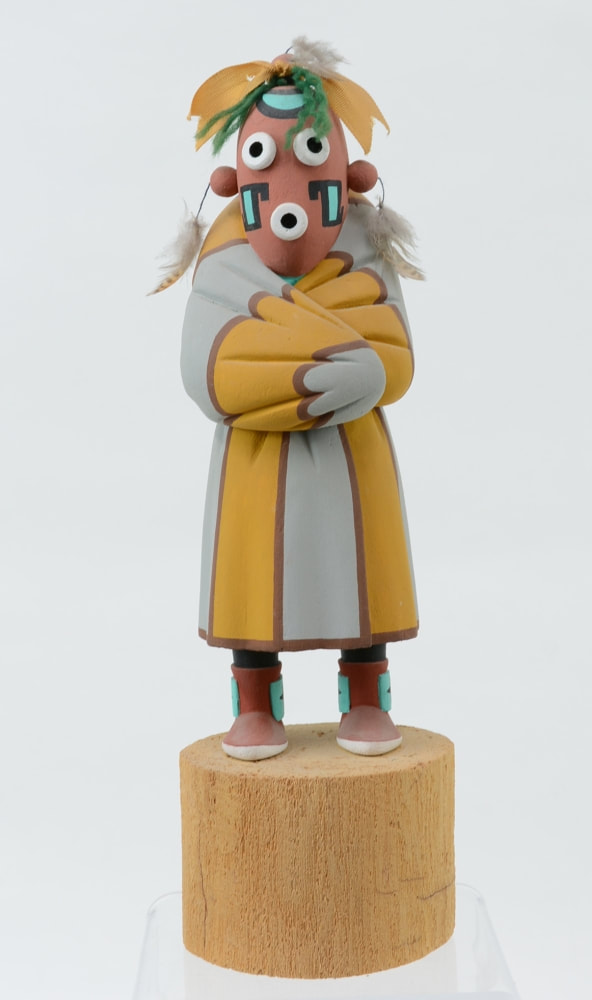 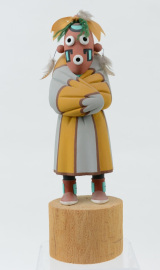 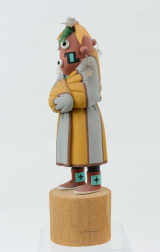 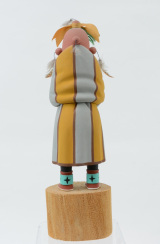 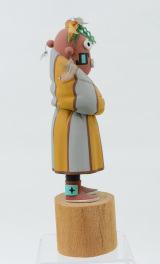 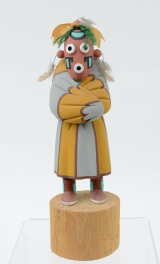 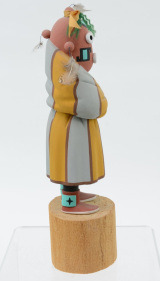 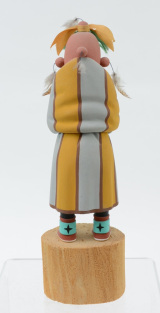 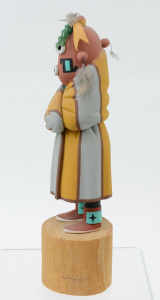 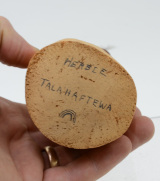 This Mudhead is Draped in a Striped Shoulder Blanket, signed "Herbie Talahaftewa" ; Herb Talahaftewa was born in 1954 and is a member of the Corn Clan. He has been active carving since 1965 and is known for his detailed, one-piece carvings. His work is in the permanent collection of the Heard Museum.

Herb Talahaftewa was born March 29, 1954 at Winslow, Arizona. He is a member of the Corn Clan. Herb has been active carving since 1965.

Carving is a relaxing experience for Herb who specializes in detailed one piece carvings. “Honestly, it keeps me sane.”

Koyemsi or Mudhead Kachinas are probably the most well-known of all of the Hopi Kachinas. They are clowns, announcers of dances, drummers and play other roles in Hopi Ceremonies.