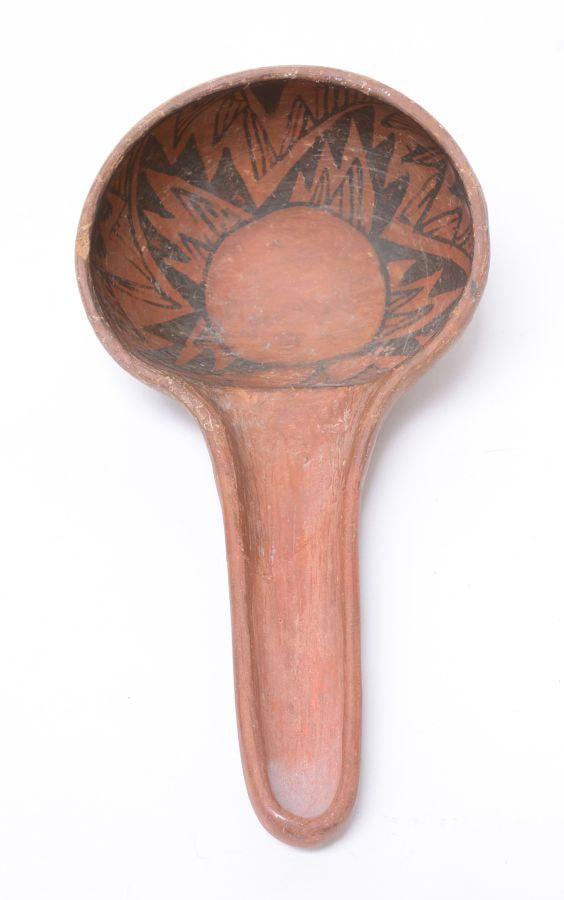 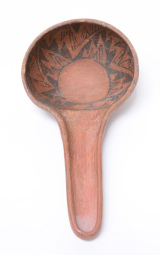 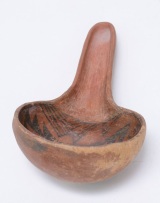 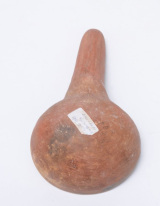 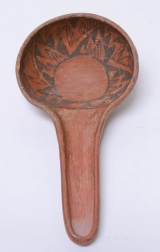 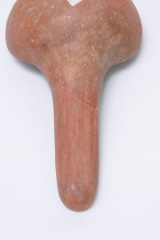 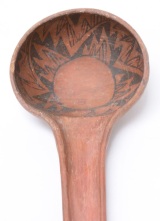 Paste noted for pottery assigned to the Wingate types tends to be hard, crumbly, and tends to by light brown, gray, or orange color. Temper is dominated by large sherd fragments and occasional sand fragments. Both surfaces of bowls and jars are covered by a well-polished dark red to maroon slip. Vessel forms are most commonly represented by bowls but also include jars, pitchers, dippers, canteens, and effigies. Decorations are applied on the red slipped surface in a black to brownish mineral or black organic paint. Designs may be executed in either black mineral or organic paint. Designs consist of opposed solid and hatched curvilinear or rectilinear ribbons. The most common elements are scrolls or frets which commonly have barbed edges or appendages. The solid and hatched units tend to be similar but not identical and the hatched unit is usually wider than the solid unit. Framing and hachured lines are thin and similar in thickness. The space between hatched lines is usually the same at width of the line. The neck and body of jars are usually decorated. Interior decorations of bowls are located under the first framing line located directly under the rim. Designs on bowl interiors may represent either an all-over design covering the entire interior surfaces or consist of broad bands organized by two framing lines leaving an area in center undecorated. Wingate Polychrome refers to bowls exhibiting similar styles as noted for Wingate Black-on-red but with exterior designs executed in white clay paint. These usually consist of broad parallel white lines usually organized in chevron, rectilinear or scroll patterns.

The span associated with Wingate Black-on-red is longer than that noted for Wingate Polychrome. Wingate Black-on-red was being produced by the middle of the eleventh century, while the production of Wingate Polychrome did not began until about A.D. 1100. Both of these types appear to have been continued to have been produced until the later part of the twelfth century.