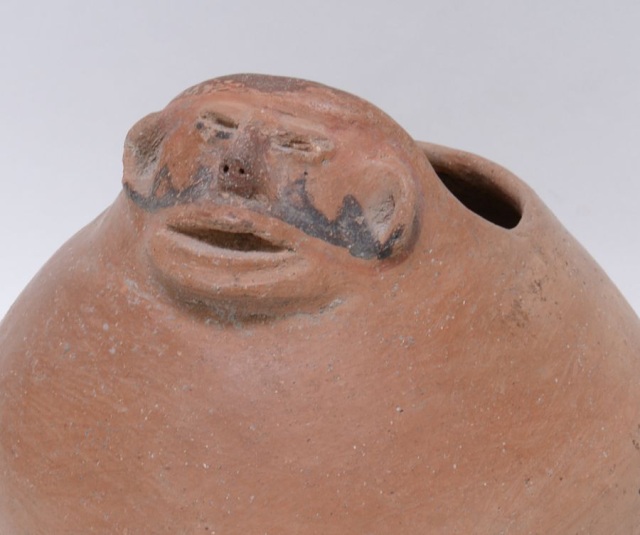 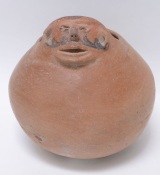 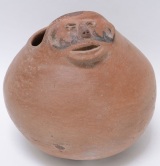 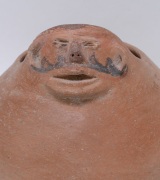 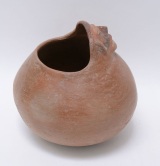 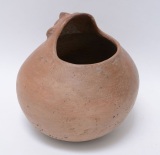 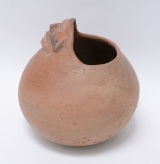 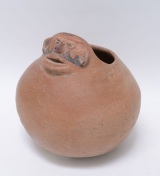 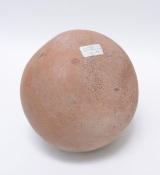 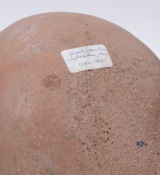 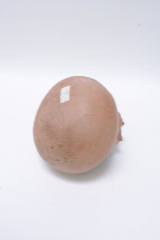 A beautiful jar in every regard.

Babicora Polychrome was defined by Brand (1935). This type exhibits a light brownish or grayish paste and light brown unslipped surfaces sometimes with a light carbon streak. Forms include bowls, jars, and effigies. Surfaces are decorated with an often thick black and red pigment (DiPeso and other 1974; Sayles 1936). Relatively simple opposed red and black geometic motifs are commonly organized in a band with lines that do not touch each other. Designs are usually made up of combinations of thin lines, fringed triangles, right triangles, step triangles and scrolls. Designs are often organized into opposed triangles and scrolls that are often framed or connected by thin lines. Black and red lines were often organized into one or two bands that circle the vessel. Two variants were originally distinguished including a standard variant with bold lines that tend to be bold and sloppy as compared to Ramos Polychrome. In contrast Paquime variant is assigned to examples exhibiting fine line work similar to that noted for Ramos Polychrome. Carretas Polychrome is often described a being similar to Babicora Polychrome except that upon close inspection decorations are found to be executed in a subglazed red and black pigment.

Babicora Polychrome is distinguished from earlier (Santa Ana Polychrome) decorated forms produced in the Casas Grandes area by increasingly wide spaces between the designs. Other examples assigned to this type appear to be very similar to and commonly associated with Ramos Polychrome and is often treated as a variety of this type with slightly early concentrations.