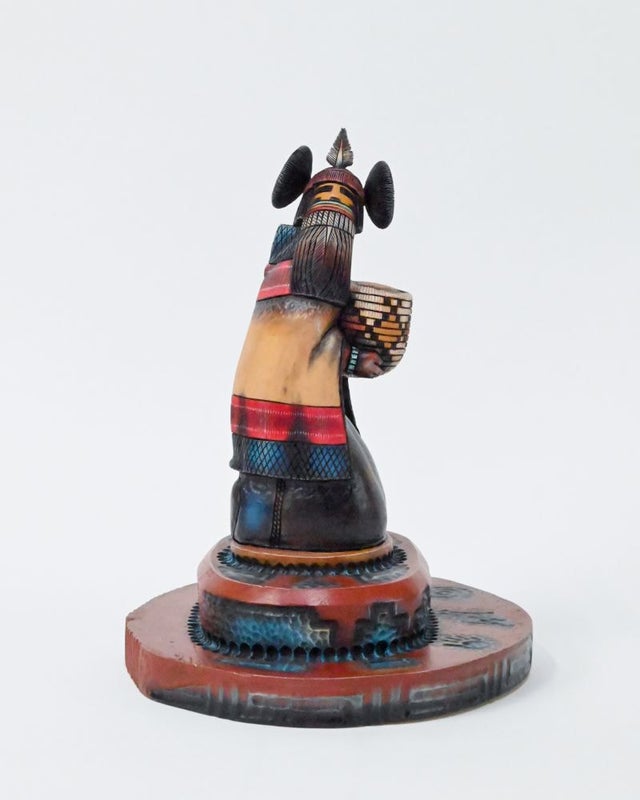 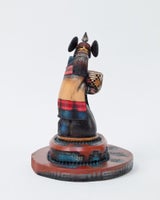 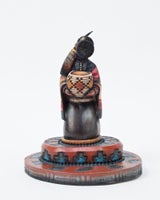 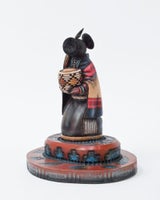 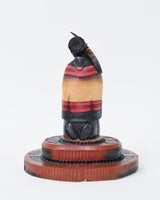 This Mana is part of the Soyal Ceremonies.

Soyal ceremonies occur each year as the opening of the Katsina season with the arrival of the Solstice or “Return” Katsinas. Their appearance, after a six-month absence, signals the starting of a new Hopi year, for no other Katsinas may be seen on the mesas until this ritual is completed. These Katsinas appear after Wuwuchim Ceremony, which is held in late November, and at a precise interval before the winter Solstice. The Wuwuchim is to mark the beginning of the new ceremonial year in the Hopi calendar. In other words, it is like the Hopi Pueblo New Year celebration.

The Soyal Katsinas include Ahöla, Ahöl Mana, Kaletaka, Qöqöle, Mastop. Ahulani, Sakwap Mana (Blue Corn Girl), and Kachin Mana (Yellow Corn Girl). Ahöl Mana, Sakwap Mana, Kachin Mana and Pachavuin Mana all appear to be the same personage with their name determined by the function they are performing. They seem identical in appearance.