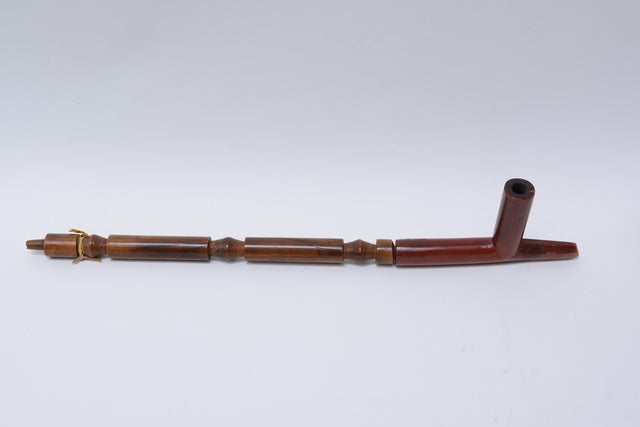 As per your request for additional information concerting the collection items which are now in your care, I will try to fill in some blanks.

My mother recieved the Montanna Trade itemsfrom her Great (great) uncle. His name was Ed Barris. He was a Clerk in a large trading post in the town of Junction MT. Junction flooded & was never rebuilt. It was near the curent town of Custer. He died & left these items to my mother. He was the one who identified the vest as owned by "Curley" the scout of General Custer. He also identified to my mother that the one shirt was owned by Cutster's friend & scout. (the name is in one of the posckets). [BUCKSKIN COAT Owned by General Custer's good friend Enoch Griffin, Indian Trader & Scout. Barras Col'n N. 48].

My mother at one time was in communication with the remaining family of Curley. She had sent a picture of the vest to them, & they had agreed that this was Curley's & they asked if she would repatriate itto them. she declined, but was in communication with them over a period of years. She had letter (s) from them stating the above, but when she moved, we cound tno find the letters.