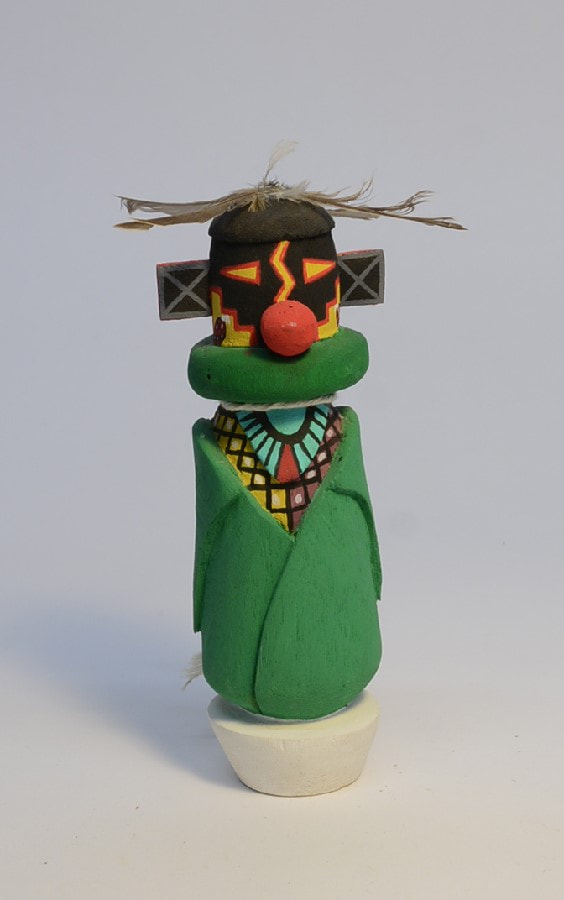 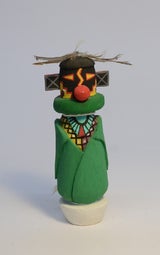 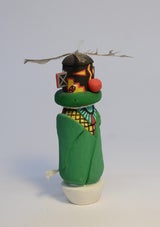 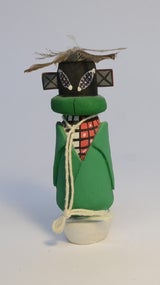 Sometimes depicted carrying yellow corn and sometimes carrying blue corn, Hopi Corn Maiden Katsina dolls are named by the color of corn they carry. Their presence symbolizes the people’s prayer for corn and a bountiful harvest. A kachina (/kəˈtʃiːnə/; also katchina, katcina, or katsina; Hopi: katsina [kaˈtsʲina], plural katsinim [kaˈtsʲinim]) is a spirit being in the religious beliefs of the Pueblo peoples, Native American cultures located in the south-western part of the United States. Dolls are carved traditionally as teaching tools for the children as Oral Traditions as facilitated with the dolls. Each doll has a story associated, sometimes historical events, sometimes the physical world and sometimes the mystical. In the Pueblo cultures, kachina rites are practiced by the Hopi, Zuni, Hopi-Tewa, and certain Keresan tribes, as well as in most Pueblo tribes in New Mexico.