Of Tewa heritage of the San Ildefonso Pueblo in the Rio Grande Valley of New Mexico, Maria Martinez became world-renowned for her black-on-black pottery.

Learning to make pots as a child from her aunt, Tia Nicolasa, and beginning with clay dishes she made for her playhouse, Maria was  known as a potter among her peers.  In 1908, Dr. Edgar Hewett,  New Mexico archaeologist and director of the Laboratory of Anthropology in Santa Fe, had excavated some 17th century black pottery shards  and, seeking to revive this type of pottery, Hewett was led to Maria. Through trial and error, Maria rediscovered the art of making black pottery. She found that smothering a cool fire with dried cow manure trapped the smoke, and that by using a special type of paint on top of a burnished surface, in combination with trapping the smoke and the low temperature of the fire resulted in turning a red-clay-pot black.

Maria, who made but never painted the pottery,  collaborated with her husband Julian, who not only assisted in the gathering of the clay and the building the fire, and, most importantly, painting the motif on the pottery.  Julian painted Maria's pottery until his death in 1943. During the early years of pottery making, Julian,  broke away from farming to became a janitor at the Museum of New Mexico in Santa Fe. It was here that he and Maria studied the pottery in the display cases, observing form, motif and technique.

Maria was always deeply connected with her pueblo of San Ildefonso, with the traditional life of a tribal member, partaking in tribal ceremonies and religious activities.  Although she was successful in Santa Fe selling her pottery, she preferred living in her ancestral  home.  Maria was very unselfish with her talent, and she gave pottery lessons to other women in her village as well as in to potters in neighboring pueblos, thereby providing a new source of income to many.   After her husband's death, she worked with her sons, Popovi Da and Adam, and her daughter-in-law, Santana in continuing her work throughout her life.

Maria Martinez became so admired for her skill that she was specially invited to the White House four times, and she received honorary doctorates from the University of Colorado and New Mexico State University. She is considered one of the most influential Native Americans of the 20th century. 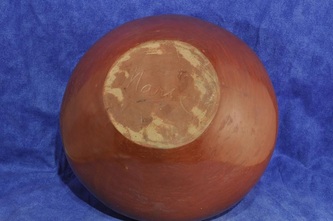 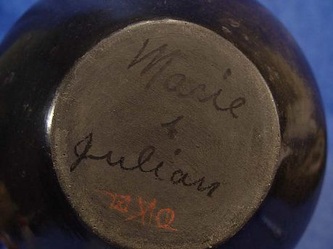 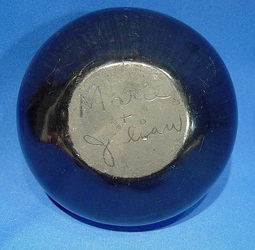 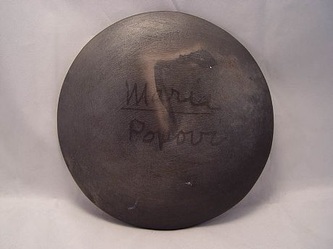 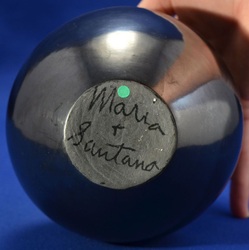 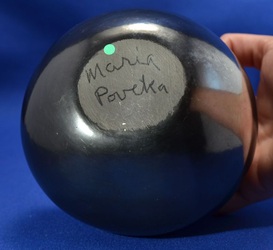 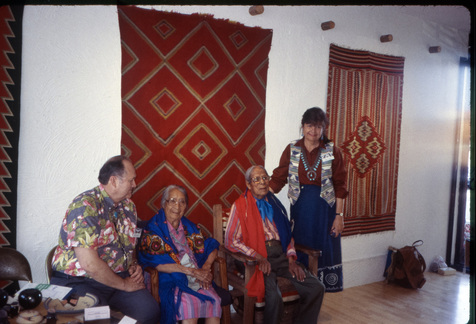