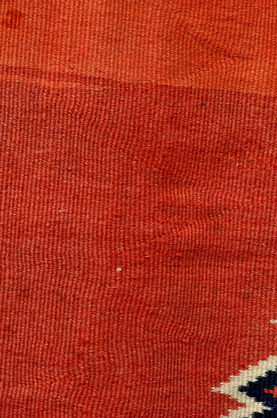 Bayetta and other trade cloths were sometimes torn into strips, then raveled down to the individual ply which was then used as the wool weft in Classic and Late Classic Period weaving.

Notice how the raveled  yarn is laid in bunches and on angles, along the "lazy line".... a clear indication of the material as "raveled". 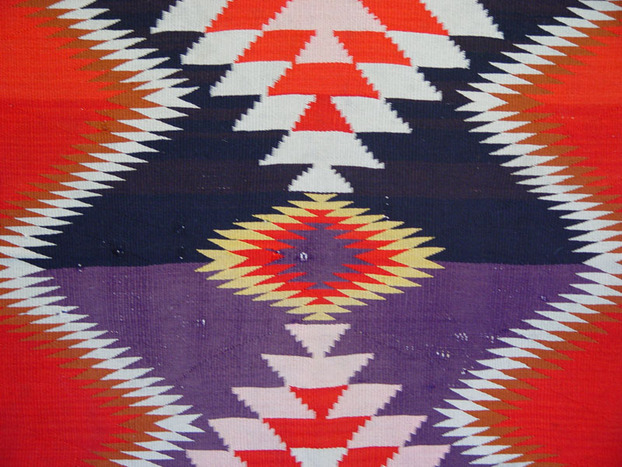 In the early reservation period (1868-1900) the Navajo were able to supplement their hand spun wool yarns with various trade yarns such as those made in Germantown, PA.  The yarn was shipped via rail to the trading posts in Arizona and New Mexico and then traded or sold to the weavers on the reservation. Germantown Yarns were used as the weft of the blanket with the earlier Germantown trade yarns (1870-1874) being 3-ply, and the later yarns (1875-1910) were 4-ply yarns.  In rare cases, the plies were taken apart and the very fine yarn was used.  Of fine quality and with bright color, the Germantown yarns yielded some of the most skillful and dazzling blankets of the late 19th century.

That most Germantown blankets (circa 1870-1910) were woven on a cotton warp foundation, the majority were lost to damage, and relatively few have survived.  The combination of rarity, fine weave, and vivid design have made Navajo Germantown Blankets a highly sought-after item to the collectors market.

(You will note in this close-up, some white warps sticking out due to wear.)