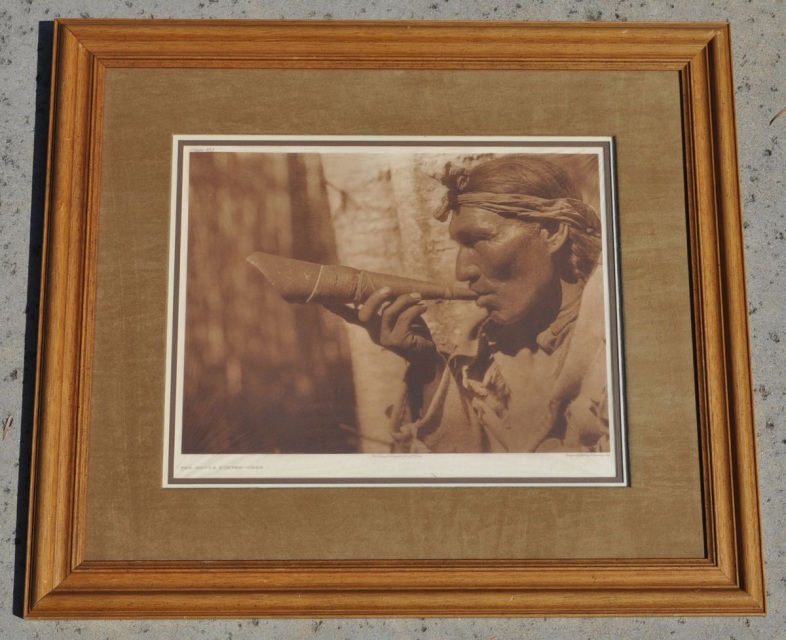 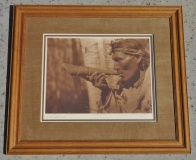 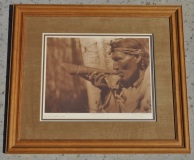 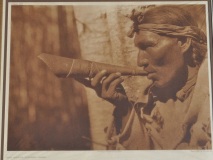 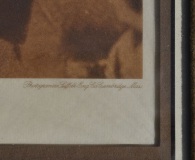 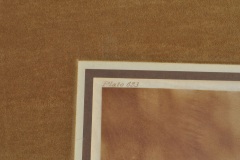 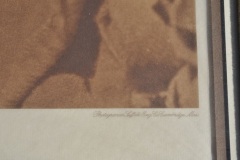 A breath-taking image from "The North American Indian, " the grandest illustrated work ever produced in the United States, the most important illustrated work on Native Americans, and the single greatest book in Western Americana. Only the double-elephant folio edition of Audubon's "The Birds of America" surpasses Curtis's in its massive ambition and beauty of execution. "...Because of the singular combination of qualities with which he has been blessed, and because of his extraordinary success in making and using his opportunities...(Curtis) has been able to do what no other man has ever done; what, as far as we can see, no other man could do. He is an artist who works out of doors and not in a closet. He is a close observer, whose qualities of mind and body fit him to make his observations out in the field, surrounded by the wild life he commemorates. He has lived on intimate terms with many different tribes of the mountains and the plans. He knows them as they hunt, as they travel, as they go about their various avocations on the march and in camp. He knows their medicine men and their sorcerers, their chiefs and warriors, their young men and maidens. He has not only seen their vigorous outward existence, but has caught glimpses, such as few white men ever catch, into that strange spiritual and mental life of theirs; from whose inner most recesses all white men are forever barred...." (Theodore Roosevelt, Foreword to Volume I)"Cree hunters are masters of the art of imitating, by means of a birch bark trumpet, the call of a moose of either sex, and thus luring within gunshot an animal seeking a mate during the rutting season.
1 available
Add to Cart