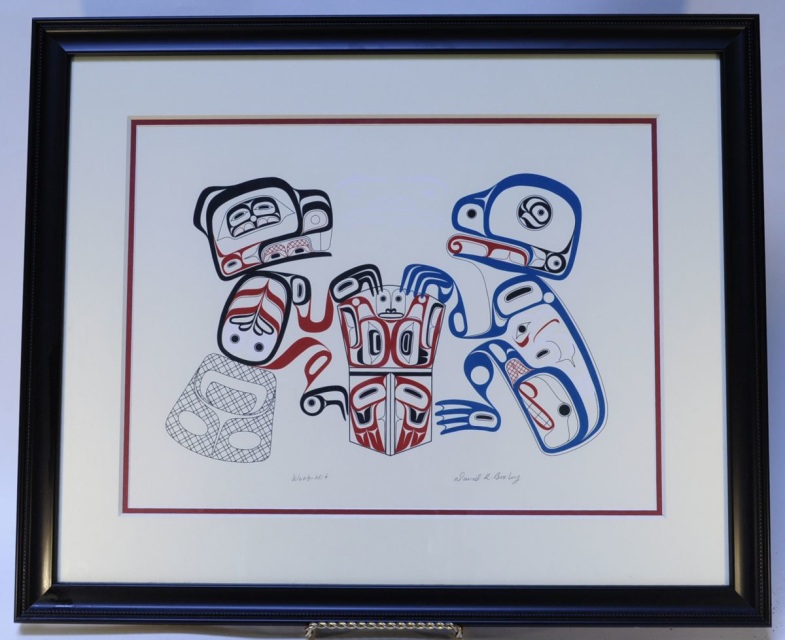 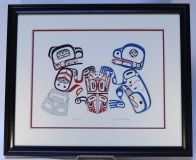 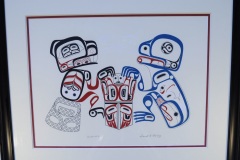 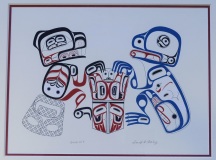 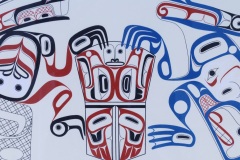 David Boxley is a Tsimshian artist,  carver from Metlakatla, Alaska. Born in 1952, he was raised by his grandparents. From them he learned many Tsimshian traditions including the language. After high school he attended Seattle Pacific University where he received a Bachelor of Science degree in 1974. He became a teacher and basketball coach to Junior and Senior high students in Alaska and Washington.

While teaching in Metlakatla in 1979 he began devoting considerable time to the study of traditional Tsimshian carving. Through researching ethnographic material and carvings from museum collections, Boxley has learned the traditional carving methods of his grandfather's people.

In 1986 he made a major career decision to leave the security of teaching and to devote all of his energies toward carving and researching the legacy of Northwest Coast Indian art. David Boxley has become a nationally recognized Indian artist showing and demonstrating his art in many parts of the United States and Europe.

In 1990, during the Goodwill Games Boxley was commissioned to carve the crown of a "Talking Stick." Boxley's carving of a unified American eagle and a Russian bear became a symbol of peace and harmony between the United States and Soviet Union and was an important part of the summer's Goodwill Games. Messages from President George Bush and Soviet President Mikhail Gorbachev were inserted in a hollowed portion of the talking stick and athletes carried the stick from Spokane through Washington and Oregon to Seattle for the opening ceremonies. In the millennium year 2000, David was commissioned to carve a Talking Stick for the office of the Mayor of Seattle.

Boxley's functional and decorative pieces such as bentwood boxes, rattles, masks, prints and panels are in collections of the King and Queen of Sweden, the Emperor of Japan, the President of West Germany, the Mayor of Chongging (China), Microsoft, Walt Disney World, Knott's Berry Farm and numerous other private collectors of fine Northwest Coast art.