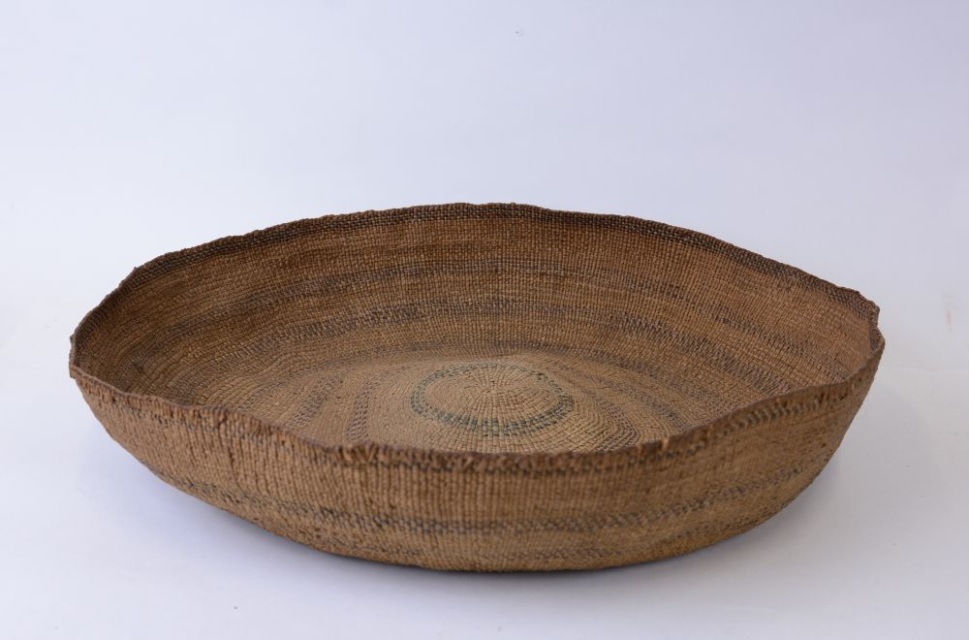 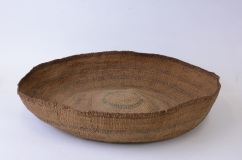 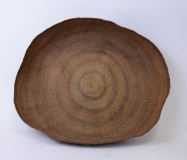 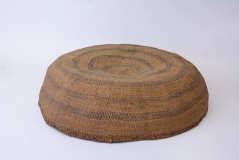 The Haida and Tlingit of southeast Alaska have produced some of the finest examples of two-strand twining; both employing spruce root, the Haida baskets, which are relatively rare compared to the Tlingit are almost always conservative in design, usually with banding motifs of two colors, while the Tlingit baskets exhibit bold geometric designs in warm hues of red, orange, yellow, and brown. In spring and fall, women collected the young roots of the Sitka Spruce, a tradition shared by both men and women today. The bark is peeled from the roots, which are left to cure over the summer. Then they are split and ready for weaving. The baskets are decorated in false embroidery, in which bleached, and often dyed grass is wrapped around the weft; the pattern is visible only on the outside of the basket. Natural dyes were obtained from local materials such as huckleberry, sulphuric mud, moss, hemlock bark, and alder bark steeped in urine. Commercial aniline dyes were popular as early as 1890, marking the beginning of the tourist trade era.

Utilitarian baskets were used to collect berries, roots, and shellfish for storage and for food preparation and serving. The flat-bottomed cylindrical berry basket is an older form. Large berry, or carrying baskets were worn on the back, and the smaller berry picking baskets emptied into them. Spruce root baskets are flexible and non-rigid; large berry baskets were often stored folded flat. Other forms include open-work strainers, plaques, cups, bowls, and rattle-top round boxes in which pebbles or lead shot were placed inside the lid. As the demand for made-for-sale baskets increased, Tlingit wove new forms, such as trays, teacups, and covered glass bottles.