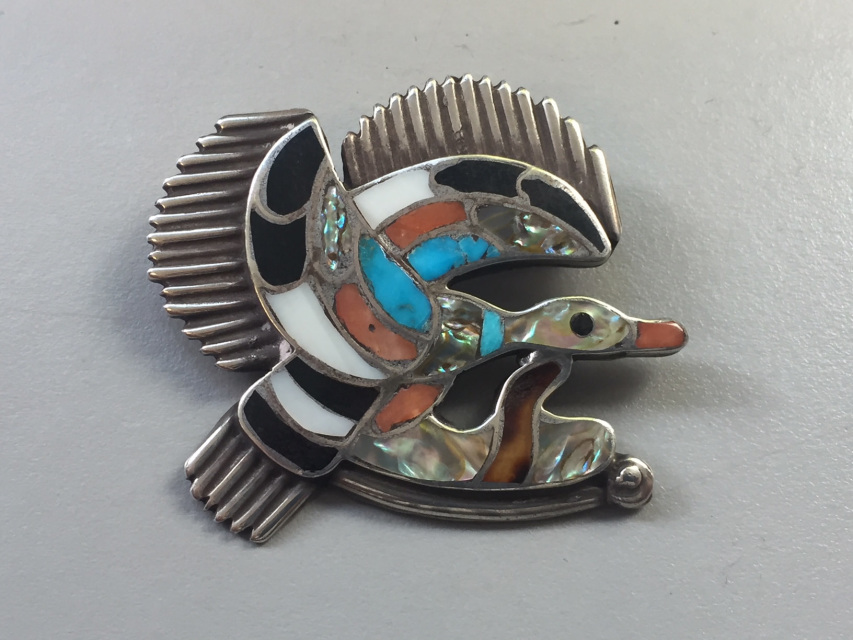 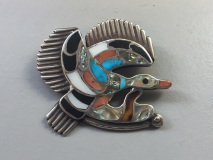 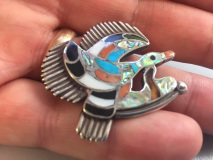 Widely recognized as a fine lapidarist, Lambert Homer collaborated with other artists who worked with trader C. G. Wallace. He is perhaps best known for pieces featuring intricate mosaic inlay on spiny oyster shell that closely resemble shell inlay work found at prehistoric Southwestern sites. After removing the spines from these distinctively coral-colored shells, Homer inlaid them with white shell, turquoise and jet, creating vibrant geometric patterns. Some of his most spectacular pieces are belts with conchas of inlaid spiny oyster shell. Homer also made inlaid Knife Wings and Rainbow Gods, and he is credited with the first use of the Gan dancer as a jewelry design motif.

Zuni artists with whom Lambert Homer collaborated include Dan Simplicio, Leo Poblano, Ida Poblano, and his son Lambert Homer, Jr. He also worked with Navajo silver-workers Roger Skeet and Charlie Bitsui. Lambert, who was married to Juanita Homer, and his brother Bernard, who was married to Alice Homer, worked closely with their wives, both of whom were daughters of Leekya Deyuse.