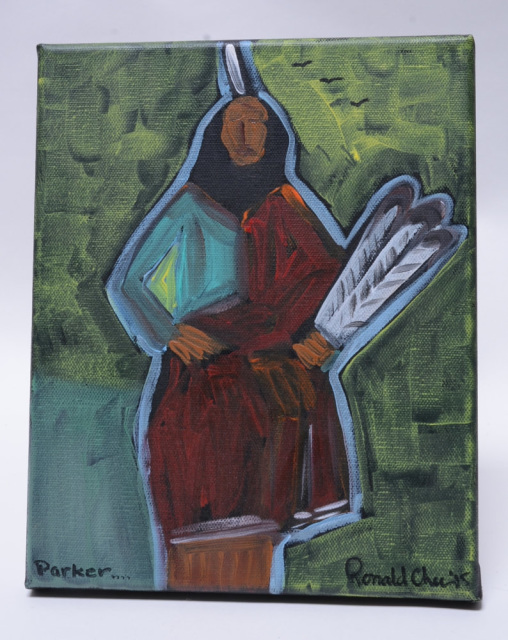 Quanah Parker (Comanche kwana, "smell, odor") (c. 1845 or 1852 – February 20, 1911) was a mixed race, war leader of the Quahadi ("Antelope") band of the Comanchenation. He was born into the Nokoni ("Wanderers") band, the son of Comanche chief Peta Nocona and Cynthia Ann Parker, an Anglo-American, who had been kidnapped as a child and assimilated into the tribe. Following the apprehension of several Kiowa chiefs in 1871, Quanah emerged as a dominant figure in the Red River War, clashing repeatedly with Colonel Ranald S. Mackenzie. With whites deliberately hunting American bison, the Comanche's primary livelihood, into extinction, Quanah eventually surrendered and peaceably led the Quahadi to the reservation at Fort Sill, Oklahoma.

Quanah Parker was never elected chief by his people, but was appointed by the federal government as principal chief of the entire Comanche nation, and became a primary emissary of southwest indigenous Americans to the United States legislature. In civilian life, he gained wealth as a rancher, settling near Cache, Oklahoma. Though he encouraged Christianization of Comanche people, he also advocated the syncretic Native American Church alternative, and passionately fought for the legal use of peyote in the movement's religious practices. He was elected deputy sheriff of Lawton in 1902. After his death in 1911, the leadership title of Chief was replaced with Chairman; Quanah is thereby described as the "Last Chief of the Comanche," a term also applied to Horseback.

He is buried at Chief's Knoll on Fort Sill. Many cities and highway systems in southwest Oklahoma and north Texas, once southern Comancheria, bear references to his name.