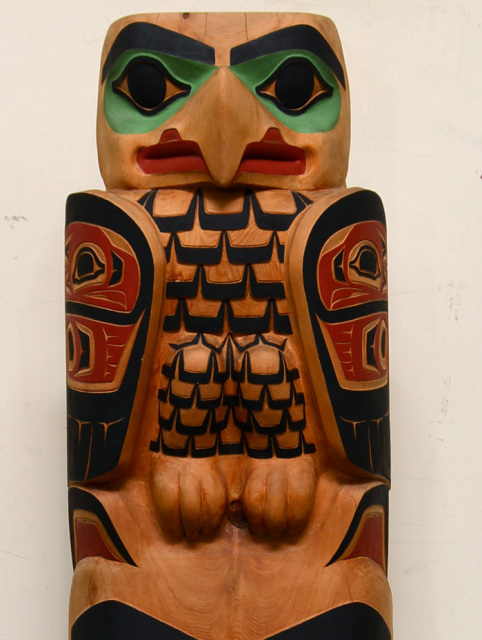 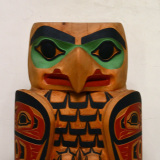 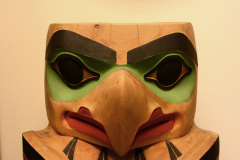 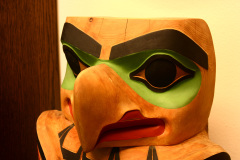 With minor cracking on the top as pictured, slight blurring of writing on the reverse.

"The story tells of how the Eagle clan received the sub-crest of Beaver. "

Mitchell Morrison was born in Kincolith, a Nisga’a community in the Nass Valley, in North Western British Columbia. Kincolith is also known as Gingolx, which comes from the Nisga’a words meaning “place of skulls”. When attacked by another nation, the people of Gingolx fought back and won. They hung their enemies skulls on sticks, lining them up along the river as a warning or to provoke the enemy.

While Mitchell is mainly self-taught, he has worked with several Nisga’a artists, including Norman Tait, Henry Mckay and Alvar Tait.