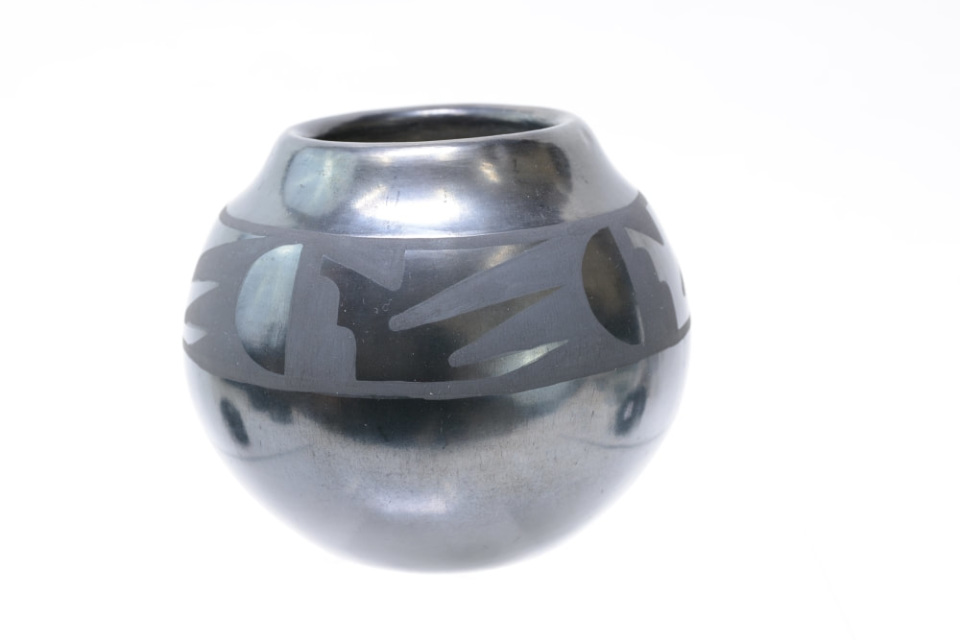 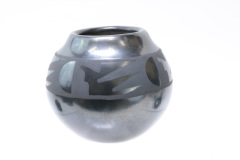 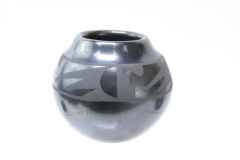 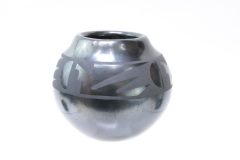 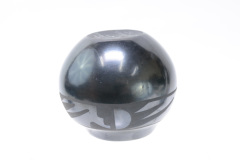 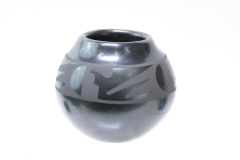 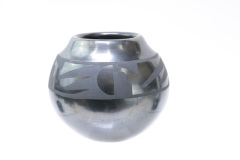 Maria’s oldest son, Adam (1903-2000?), and his wife, Santana (1909-2002), San Ildefonso Pueblo, were recognized potters in their own right and even though they are mostly associated with having helped Maria with her pottery they worked together making Black-on-black pottery their entire, long lives. Collaboration on pottery with their dual signatures has been seen for over 50 years.

Santana painted designs on pottery and Adam assisted in firing pottery for Maria.

Santana came from a long line of talented painters and potters. Her grandmother, Dominguita Pino Martinez, was a famous potter and her brother, Awa Tsireh, was a famous painter.

Adam was the oldest son of Maria and Julian Martinez and he was a serious asset in assisting his mother in gathering clay and firing pottery during the last four decades of her life following the death of Julian in 1943.