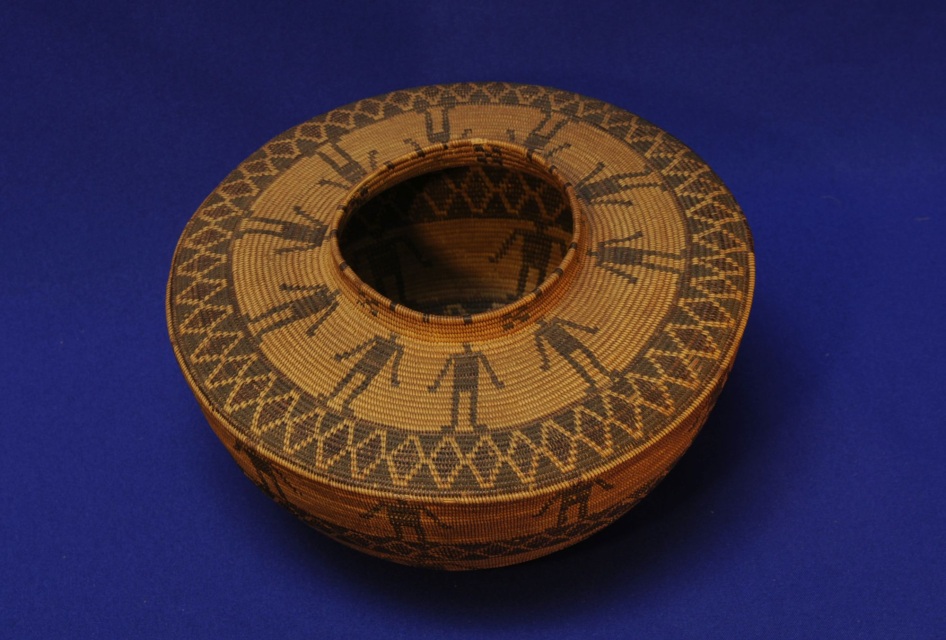 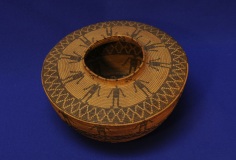 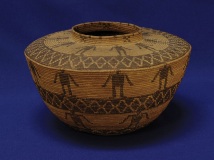 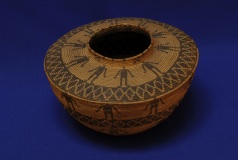 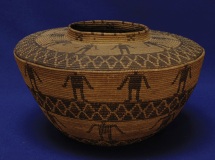 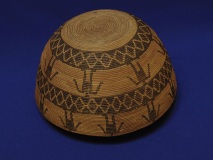 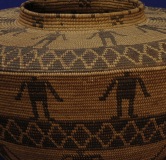 This important basket was made by Mrs. Lasyeh (Dick) Francisco, a famous Koyete Yokuts weaver from Tule River. Known for her "friendship" baskets, this particular example is among the most figurative of the bottleneck form featuring 29 human figures in three rows, with three alternating rattlesnake bands.
Baskets such as this were often used in the "rattlesnake ceremony".  A rattlesnake was put into the basket, and sung to by the people.  The song was to instruct the rattlesnake that the Yokuts were good and friendly people, and that it was unwise for the snake to bite the people.  It was believed that the snake bite was an indicator to "the Gods of the Underworld" that the person bit was a "bad" person, and that the mark encouraged the God to make that person sick or die.... hence, the snake lied about the person.  The ceremony is to change the way the snake feels about people.  After the ceremony, the snake is released and told to not tell lies, and to spread the news that the Yokuts are good people to the other snakes.  Sometimes the baskets also serve as admonitions, with images of dead (cut) snakes, ants (which can swam a snake), flies (which eat dead snakes), deer hoof motif (deer stomp snakes)  and quail feathers (quail is the Judge of fair play in the Yokuts mythology).


PRICE ON REQUEST
Sold Out
Add to Cart