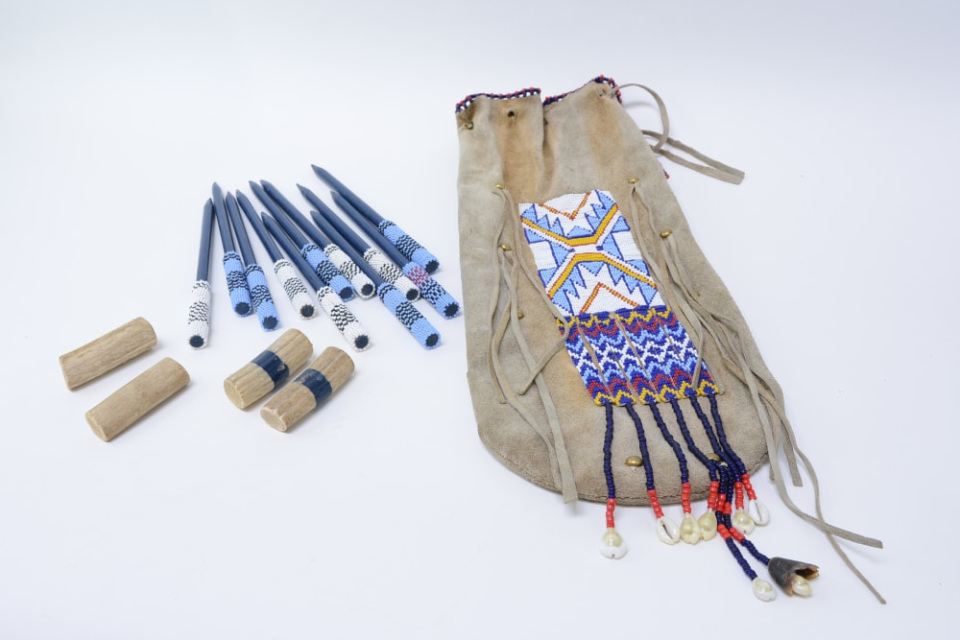 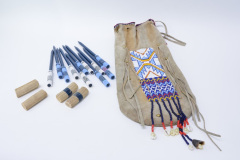 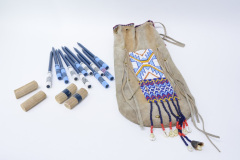 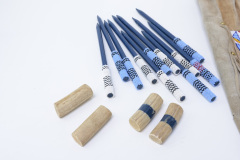 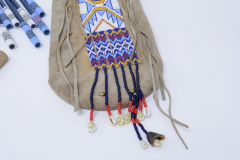 The object of the game is to correctly guess where certain game bones are located. When our ancestors played the game, the winnings would include clothing, blankets, shawls, horses and buckskin. Today the stakes can be worth thousands of dollars.

The most important part of the "Bone Game" are its pieces. To play, designated "leaders" will need two pairs of bones. Each pair will have one plain bone (female), and one marked bone (male). There will also be ten "tally" sticks and an additional stick that would be known as the "Kick Stick" or "King Stick". These sticks will be used for keeping score.

The players sit on the ground in a straight line formation, each team facing the other. Each side selects a leader. The leader has the two pairs of bones. When the leader starts his song that would be accompanied by drumming and the pounding of sticks by each player, this would be an indication that the game has begun. He then chooses two people who will hold the two pairs of bones. They will hide their hands behind their back or under scarves and switch the bones around. The song and drum continues as the players try to cover and hide the black band around the bones with their fists. The players will do all of this in hymn with the music. The leader of the opposing team will motion to the other leader that they are ready to guess the location of the unmarked bones. He uses a set of hand signals to make his guess. Each time he guesses incorrectly, he must throw one of his score keeping sticks to the opposing team. The "Kick Stick" will be the last stick given up. When the opposing leader has guessed where both unmarked bones are, the bones will then be given to his team and the game continues as before, with his team hiding the bones. Once one team has won all of the tally sticks and the final kick stick, the game would be finished. The jackpot or sidebets would be distributed among all the teammates on the winning side.