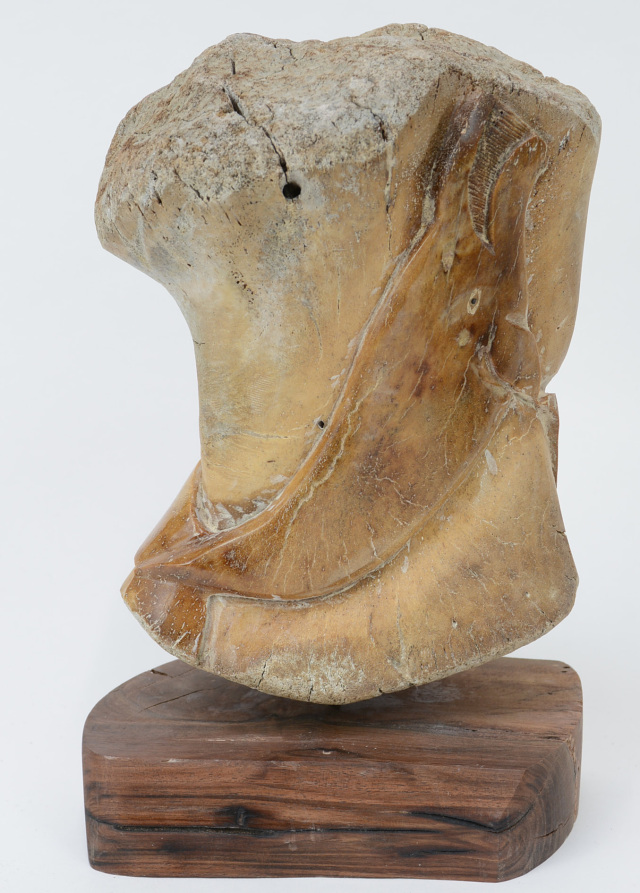 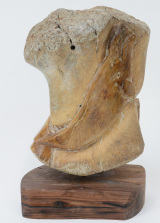 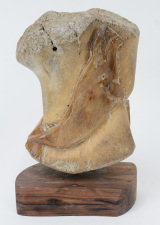 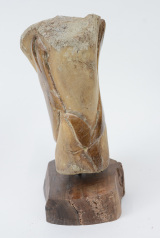 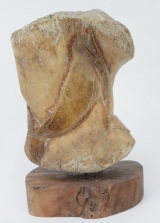 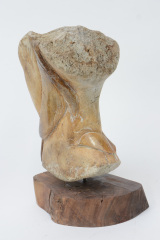 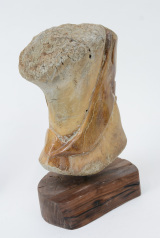 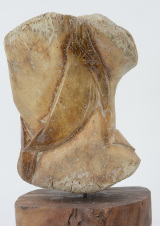 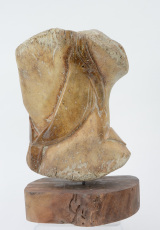 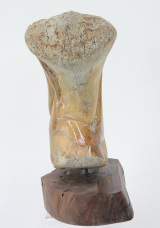 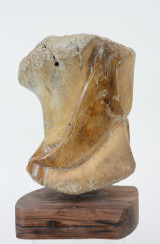 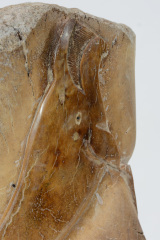 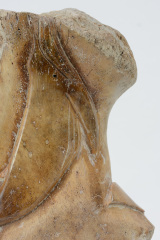 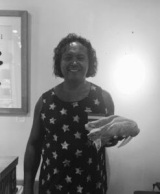 Sam is a noted artist from Nome, Alaska who is well known throughout the Native Art world. His work is shown throughout North America at Major museum shows.

Sam Dimmick was born in 1960, and regularly travels to promote his work. His family is from Shismaref, Alaska; he was born in Nome. Sam comes from a long line of ivory, whalebone, and stone carvers. Years ago, he had the opportunity to work closely with Ken “Ralph” Paneok, and was able to improve on his stone carving technique. He also learned a great deal from Paul Tiulana. Sam specializes in stone carving. Sam enjoys creating large pieces, with an attention to fine detail that never ceases to impress. One can touch his pieces, and “feel” the bone structure of the bear, the feathers of the bird, and the smoothness of the whale. Sam’s sculptures can be found in museums, galleries, and personal collections spanning the globe.

The bowhead whale (Balaena mysticetus) is a species of baleen whale belonging to the family Balaenidae and the only living representative of the genus Balaena. The bowhead is the only baleen whale endemic to the Arctic and sub-arctic waters. The species is named after its characteristic massive triangular skull, which is used to break through Arctic ice. Other common names of the species are the Greenland right whale or Arctic whale. American whalemen called them the steeple-top, polar whale, or Russia or Russian whale.

The bowhead has the largest mouth of any animal representing almost one third of the length of the body, the longest baleen plates with a maximum length of 4 meters (13.1 feet) [6] and may have the biggest longevity of all mammals, with the ability to reach an age of more than 200 years.

The bowhead was an early whaling target. The population was severely reduced before a 1966 moratorium was passed to protect the species. Of the five stocks of bowhead populations, three are listed as "endangered", one as "vulnerable", and one as "lower risk, conservation dependent" according to the IUCN Red List. The global population is assessed as of least concern